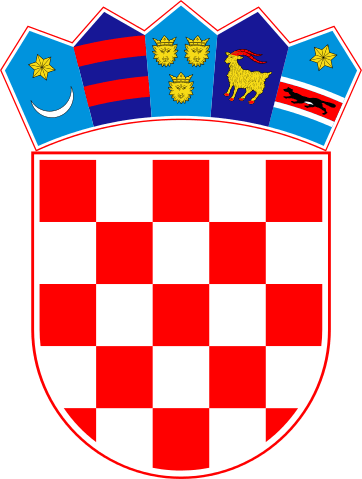 Croatia is located in southeastern Europe, bordering the Adriatic Sea, between Bosnia and Herzegovina and Slovenia. Croatia is famous for its breath-taking coastline wich is 5,835 km (mainland 1,777 km, islands 4,058 km) long. The terrain of Republic of Croatia is geographically diverse; flat plains along Hungarian border, low mountains and highlands near Adriatic coastline and islands. Croatia holds very important strategic position in Europe and it controls most land routes from Western Europe to Aegean Sea and Turkish Straits.

Before the dissolution of Yugoslavia, the Republic of Croatia, after Slovenia, was the most prosperous and industrialized area with a per capita output perhaps one-third above the Yugoslav average. The economy emerged from a mild recession in 2000 with tourism, banking, and public investments leading the way. Unemployment remains high, at about 18%, with structural factors slowing its decline. While macroeconomic stabilization has largely been achieved, structural reforms lag because of deep resistance on the part of the public and lack of strong support from politicians. Growth, while impressive at about 3% to 4% for the last several years, has been stimulated, in part, through high fiscal deficits and rapid credit growth. 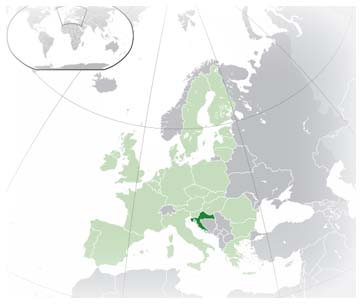 Croatia is situated between central, southern, and eastern Europe. It has a rather peculiar shape that resembles a crescent or a horseshoe which helps account for its many neighbours: Slovenia, Hungary, Serbia, Bosnia and Herzegovina, Montenegro, and Italy across the Adriatic. Its mainland territory is split in two non-contiguous parts by the short coastline of Bosnia and Herzegovina around Neum.
Its terrain is diverse, containing: